On December 12, 2008 the announcement came that made the Olympic dream come true for Innsbruck for the third time. Having hosted the Winter Olympics in 1964 and again in 1976; the beautiful capital of Tyrol in Austria was elected to organize the first ever Winter Youth Olympic Games.

With many venues already constructed and having significant experience in hosting Olympic events, the city was seen as a safe choice. 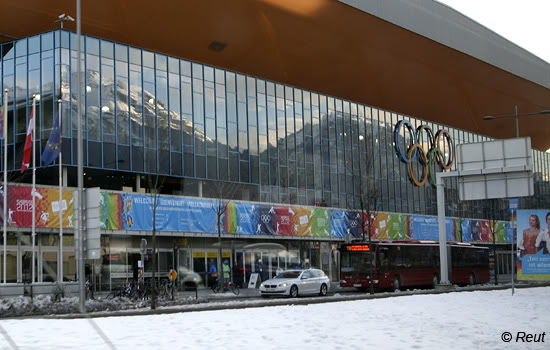 Figure skaters, short trackers and ice hockey players battled it out in the Olympic Ice Stadium 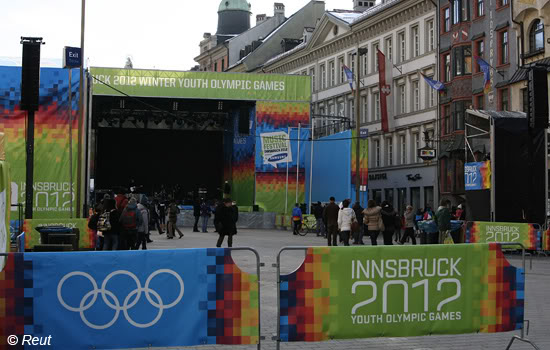 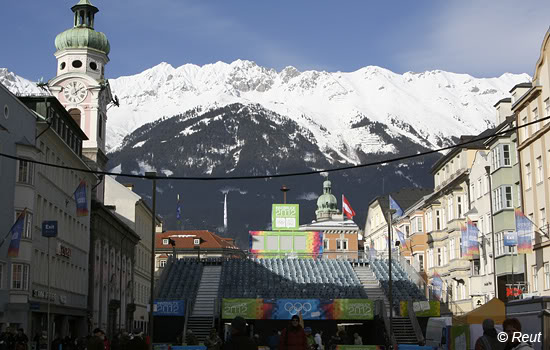 Medals Plaza hosted not only the daily Victory Ceremonies, but also the concerts of the Innsbruck 2012 Music Festival 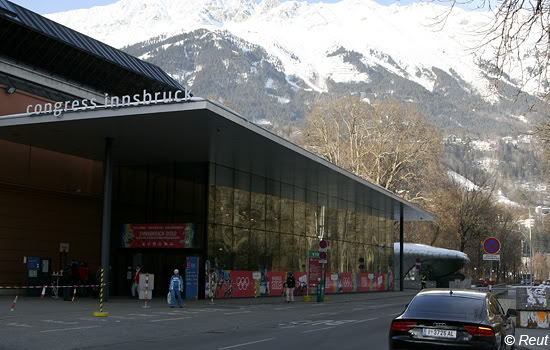 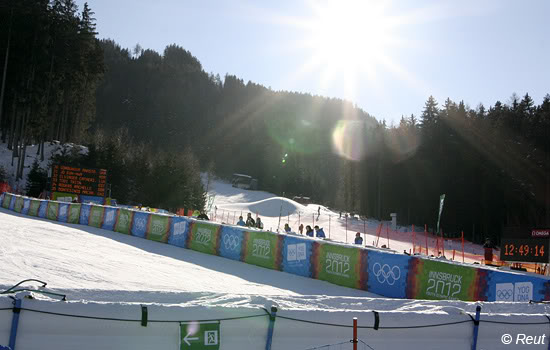 Patscherkofel, the venue of speed events and alpine skiing competitions

From January 13 to 22, 2012, some of the world's most talented young athletes competed in Olympic winter disciplines, including exciting new sports such as Women's Ski Jumping, Ski Halfpipe and Snowboard Slopestyle. In addition to these ten days of intense competition, the athletes also participated in the interactive Culture & Education Program.

How close were those Games to the real Olympic experience for "grown ups"? Russian skater Liza Tuktamisheva assumes that the Games in Sochi in two years will be similar: "Like here we will have a National team of all the sports together. I hope there will be the same friendly atmosphere. And what won't be there? Well, I don't know yet. It will probably be the same, but with adults and with a different roster. Though there will be familiar faces there too, because we will all grow up. So I do think it will be a similar event, just on a higher level".

This edition could in many senses be called "a younger version of the Games" (in general, "young" will be the most frequently used adjective in this article), and not only because of the young age of participants and volunteers. Many things were created in cooperation with young fans of the Olympic Movement, for example: the costumes and the stage for the opening ceremony were designed by young students. A lot of useful Games information - news, background stories, photos and video - were provided, in a funny and a very professional way, by young journalists from the IOC Young Reporters Program. Drop by youtube.com/user/YOGReporters for content produced by their Broadcast team. 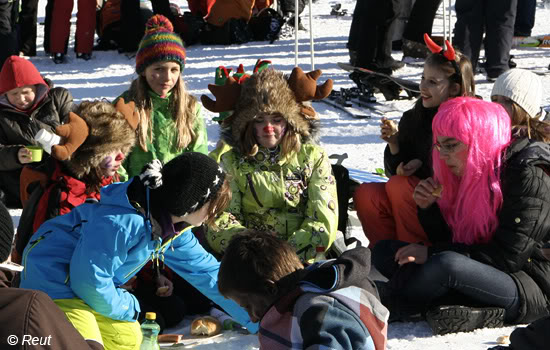 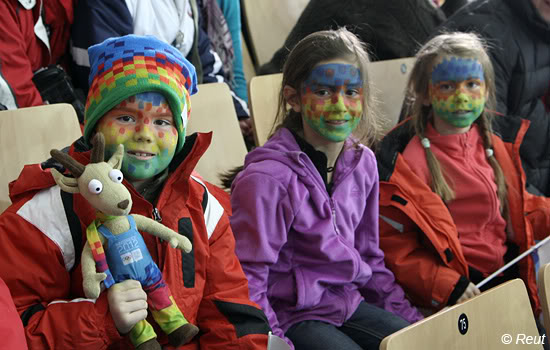 Sports' fans were younger too

On the faces of young supporters you can notice the multicolored pattern. This "pixel virus", as Innsbruck 2012 CEO Peter Bayer referred to it, dominated the look of the 1st Winter Youth Olympic Games in Innsbruck. The idea behind it was to link traditional sports and cultural events taking place during the Games, with new technical possibilities offered by the Internet and social networking sites.

One of the innovative technologies used for the first time in Innsbruck was the Yogger, an interactive USB key, which was given to every athlete and official. In addition to providing the athletes with essential information in a paperless format, the Yogger acted as a virtual business card, allowing users to share information such as names and email addresses, simply by letting their keys touch. 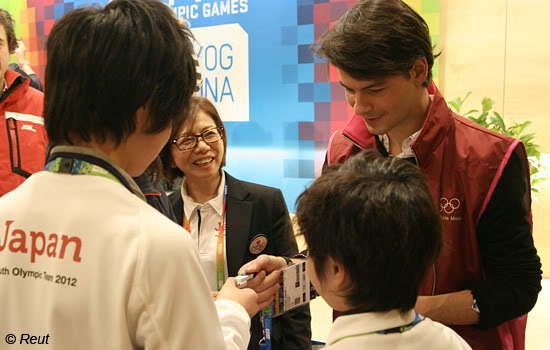 Everything was carried out in the spirit of youth and innovation. Announcers at the venues sounded more like DJs, encouraging audiences to clap their hands, sing, stand up or shout. And the hosts of the opening ceremony were conducting it through a... chat! Traditional elements as the lighting of the Flame and the Athletes' Parade were, of course, part of this ceremony too. 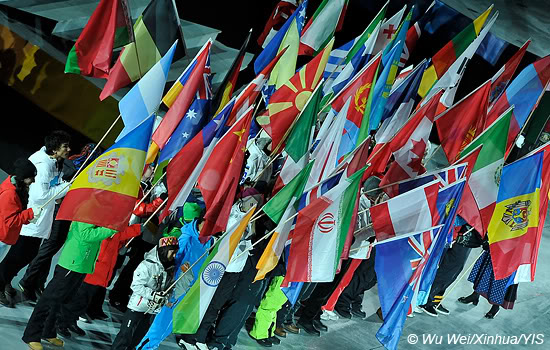 Figure skaters Han Yan (China) and Sergei Mozgov (Russia) were among those who had the honor to carry flags of their countries during the opening ceremony. They both proved the well known "flag-bearer's jinx" to be wrong, as both won gold medals a few days later. By the way, another figure skater who also reversed this curse was British star John Curry, the flag bearer at the 1976 Winter Olympics in Innsbruck. Maybe it's the magic of this place? Or maybe you just shouldn't be superstitious. Sergei Mozgov claimed: "I heard about this curse from the Ukrainian flag bearer but I don't believe in it, in general I am not superstitious. The less you believe in those things, the less they happen to you. Of course it's a big pleasure to carry the flag of your country and I tried to parade with it in a bit more creative way". Actually Sergei was a bit disappointed by the opening ceremony: "Half of the fireworks didn't fire, the dancers didn't dance in unison, they had freestyle skiers who fell... With the amount of money invested in it, it should have been higher quality".
"But the atmosphere is amazing here and in general I'm very excited about these Games", he added. 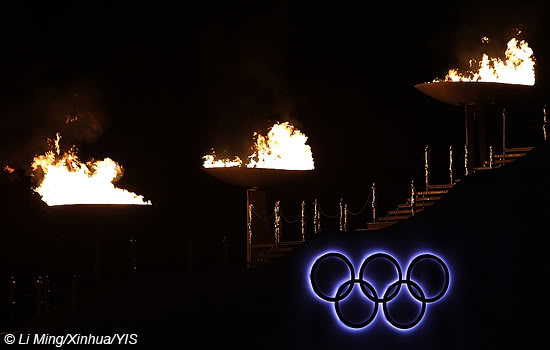 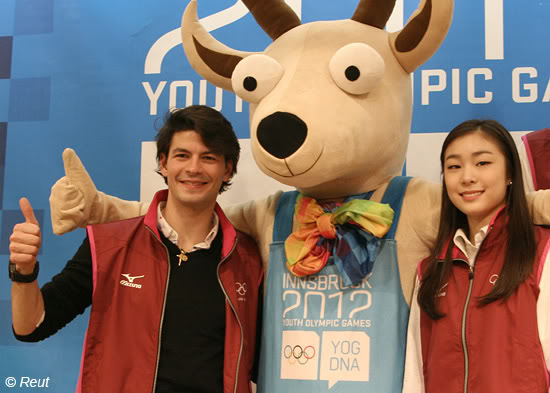