Part II: From Zurich to Lausanne

One of the biggest challenges that the "Art on Ice" crew faces is how to move the whole show: the stage, the props and everything else to Malley arena, Lausanne. And how to adjust it to a much smaller ice rink. This year it was even harder than usual, because there was no day off between the shows in Zurich and Lausanne. So right after Sunday evening's show finished, things were packed, and late in the night were driven to Lausanne. At 9:00, when I came to Malley to pay a visit, the work was already in high gear: boxes all over the ice, half open... 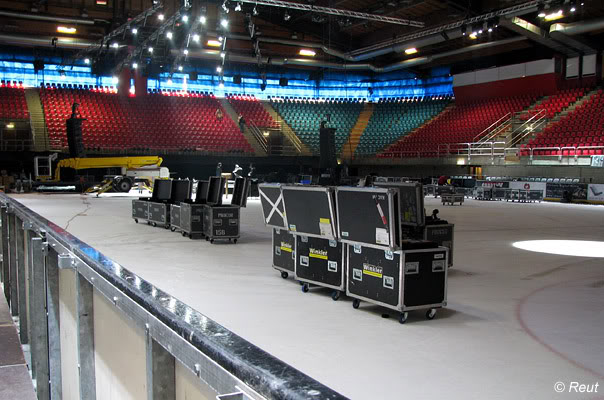 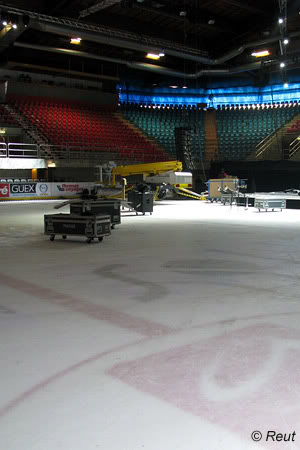 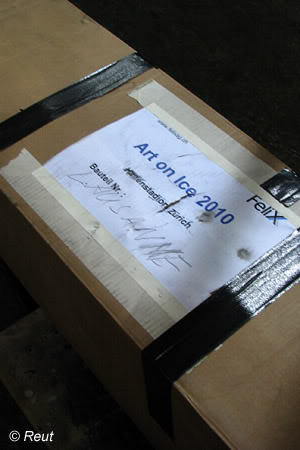 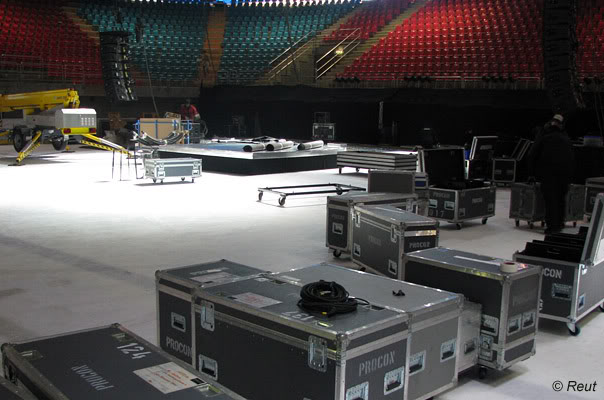 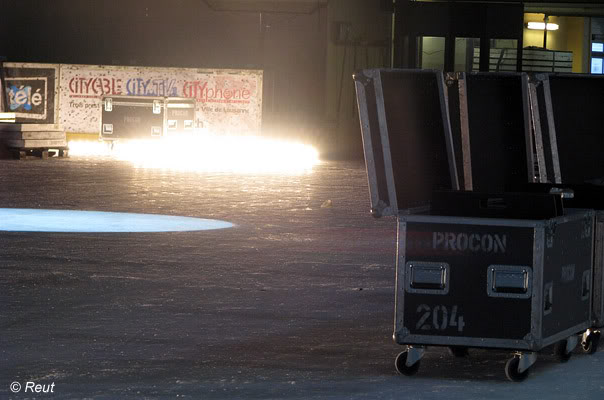 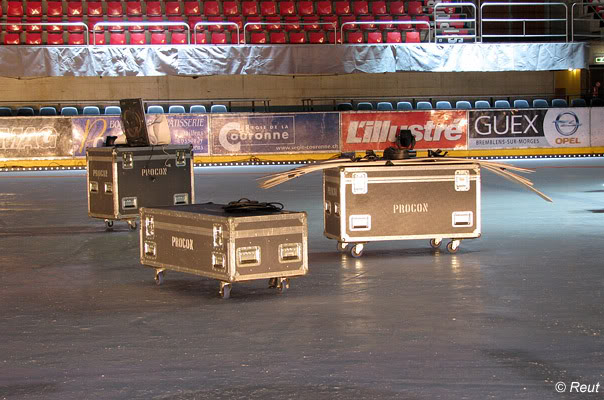 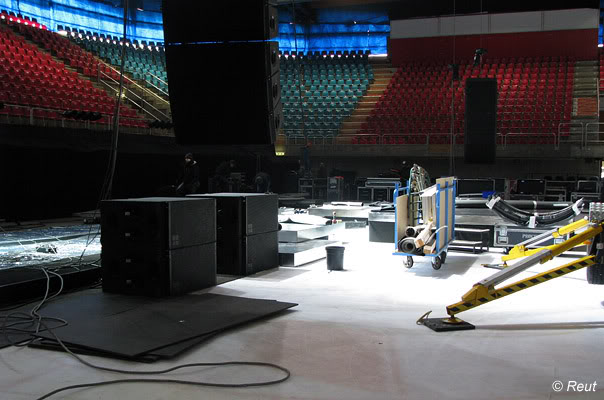 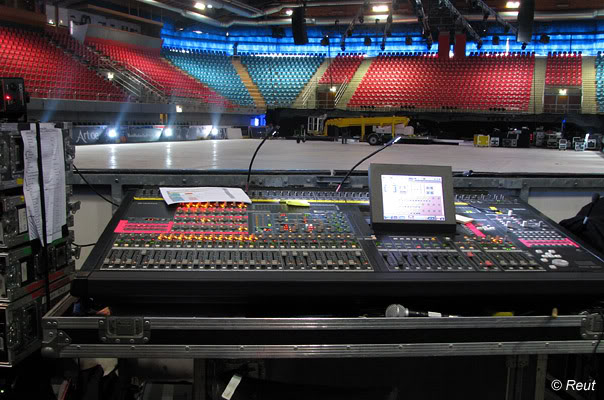 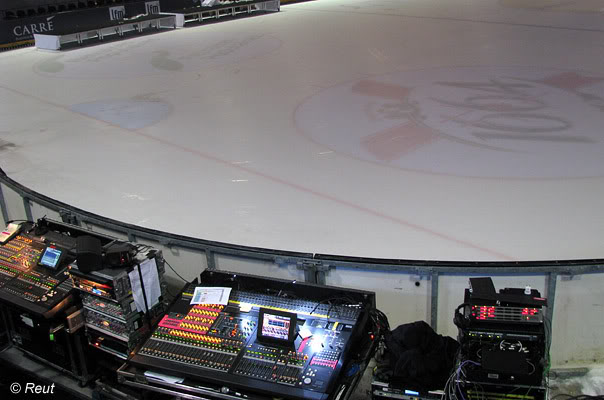 Computer with the list of the tracks to be used during the show. 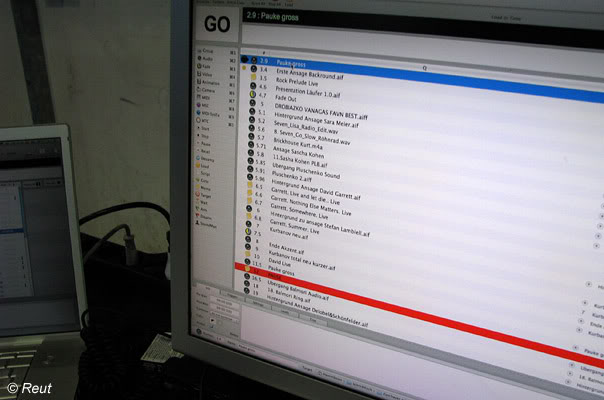 The plan of the rink: the circle on the plan is where Emanuelle Balmori's hoop will be hung. 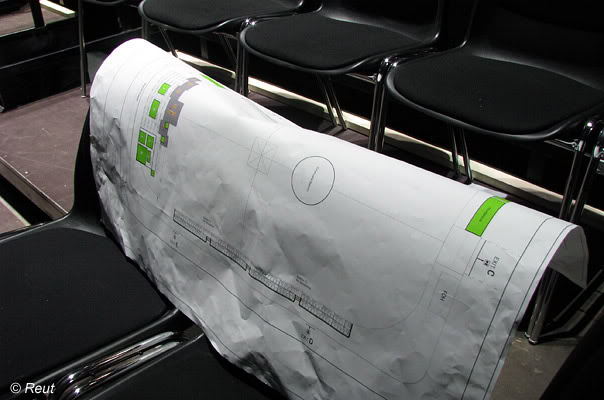 The prop for Sarah Meier's program; and the backstage tunnel on the very back of the stage. 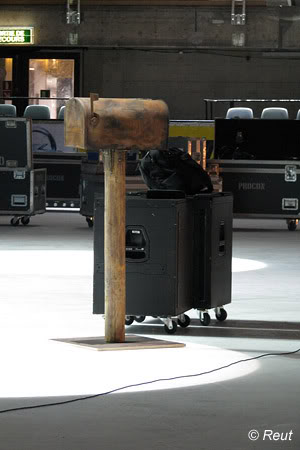 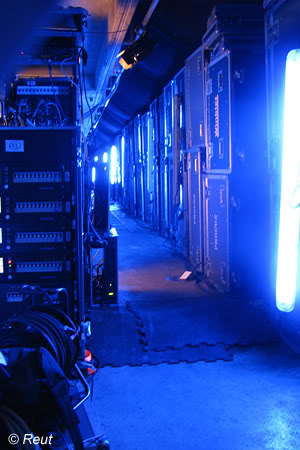 The stage itself: in the morning and few hours later. 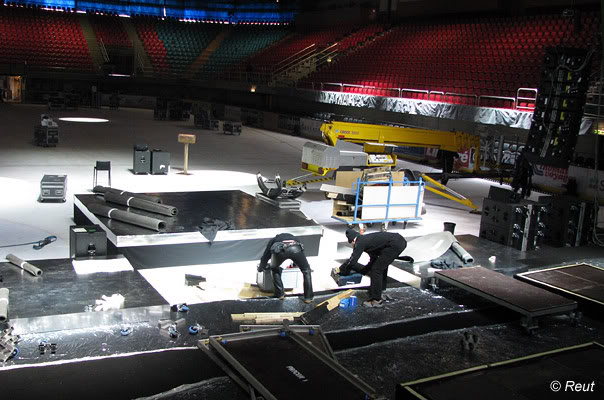 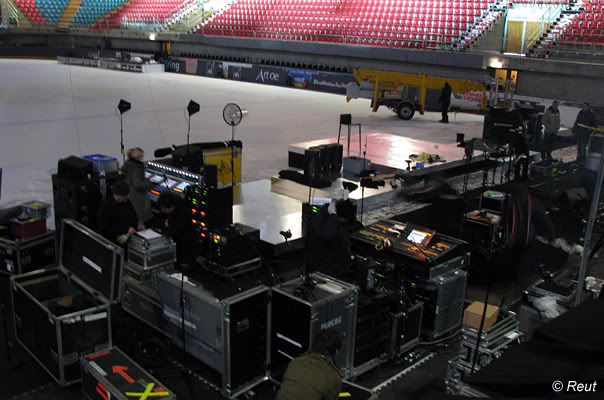 Even such a simple thing as numbers on the seats needs to be arranged: 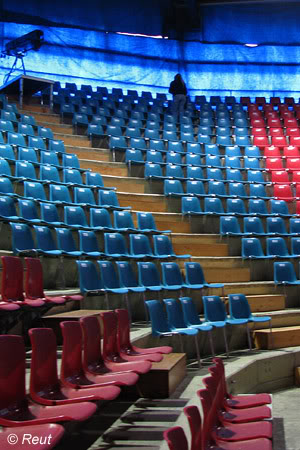 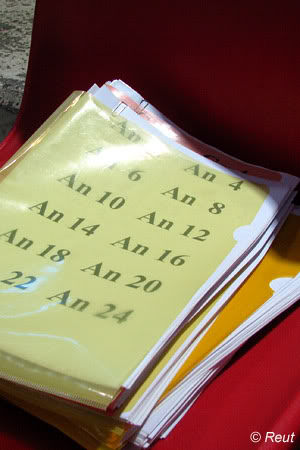 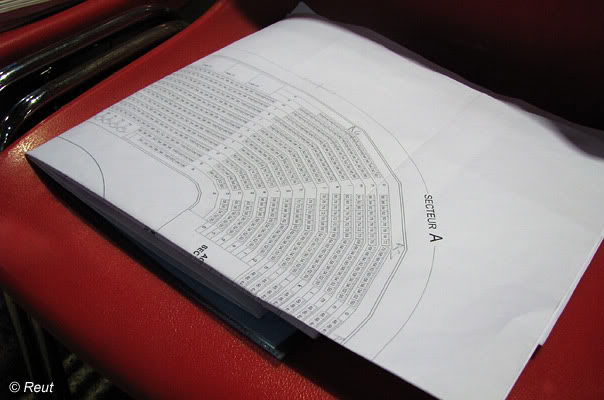 In a few hours, skaters and dancers will come to the rehearsal. The huge amount of work is already behind the team - just the last-minute things left to wrap up. French, German, English and Russian can be heard from different corners of Malley: about a dozen people are doing an unseen, but very important job - without them the "Art on Ice" fairy tale wouldn't be accomplished.